Creative translations: The translator as a second writer

Raccourci’s translators have interdisciplinary qualifications and therefore have in-depth knowledge of history, literature and the cultures of various countries. 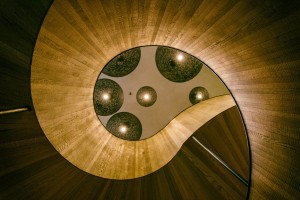 This means we have extensive experience in working with cultural texts with regards to habits and traditions, for example, but also with cultural expressions.

When translating cultural texts, the ideal translator is one who acts as an intermediary between two cultures.
The translator is not only true to the source text but delivers a translation that a foreign reader can also interpret. In other words: a translator who translates texts with a cultural tint, while considering the two cultural contexts.
Our creative translators enjoy the challenge of playing with words and ‘creating’ the best, first-class translations that correspond to the customer and the target group.

Raccourci believes in and represents creativity.
Moreover, perfect communication with you about your strategy and marketing is essential in that.
A creative text alongside a good idea has great power. Creativity is in the blood of our artistic translators, who all have an arts and/or literary background.

They understand that the original feeling and style of the text cannot simply be transposed into another language.
It’s in everything they write!

Raccourci is exceptionally proud of a number of projects where the ‘translation of the cultural aspects’ to another language led to a real challenge. As one of our clients, an artist, said about our creative translations of his texts to German and English:
“With an artistic plan it is more about the details than the basic feeling. Not only were the words translated, but also the essence of the text. It felt like an autonomous and clear text, the writer appeared to share the objective of conveying my message to the reader. On occasion the translator’s words were even more convincing than mine were.”

Creative documents that we can translate for you include:

Language combination:
Discipline:
Quality control:
iGlobal revision: When the translation is finished, it undergoes a global revision. This means it is given a general check, resulting in a competitive rate for you (translation Not in accordance with ISO 1700)

Full revision: You can also choose to have a full revision performed by an experienced revisor (translation according to the requirements of ISO 1700 and your text will be checked in detail). In both cases, your texts will be translated by highly educated and experienced translators (native speakers).